Water purification, filtration and conditioning is confusing. For a life-giving substance that is supremely simple in actuality, water quickly becomes complicated when you try to push it through pipes and disperse it safely to millions of people. While it stands to reason that harmful toxins, parasites and chemicals need to be removed from water, what about "soft" and "hard" water? What do these terms mean and how might they relate to you? Should you invest in water softening or conditioning technology? Before you run off in frustration and set up camp by a pristine mountain stream in the middle of nowhere, realize that there are water solutions for everyone- it is just a matter of sorting through the vast amounts of information out there to figure out which one works best for you. 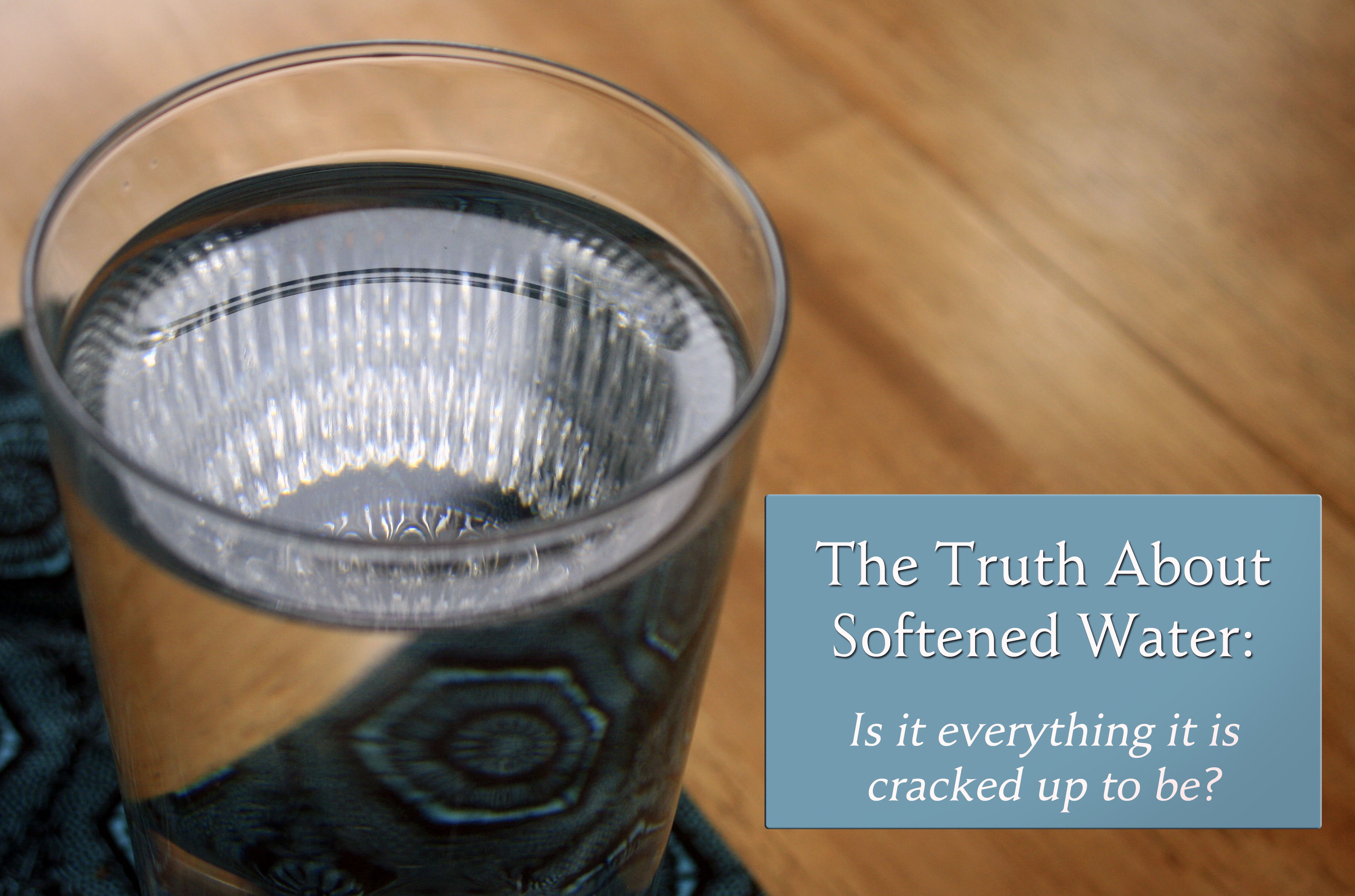 What is “Hard Water”?

“Hard Water” is so named because it contains considerable amounts of dissolved mineral and metal ions. Because water is a universally powerful solvent, it easily picks up such impurities as it travels through soil and rock before being pumped up from a personal well or otherwise redirected into the municipal water supply. Derived mostly from sedimentary rocks, seepage and soil run-off, the primary elements found in hard water are calcium and magnesium, although barium, strontium, zinc, iron, aluminum, and sulfur are also minor contributors. Because calcium generally predominates this mix, the degree of “hardness” is most commonly measured in terms of milligrams of calcium carbonate per liter of water. Any water sample containing less than 60 mg/L is considered “soft,” whereas anything greater than that is “hard” (1).

Hard water is actually a relatively common phenomenon, with one U.S Geological survey revealing that it is experienced in more than 85% of the country. Although hard water is not considered dangerous, there are some issues that make it problematic for home owners and quite pesky to deal with from both an aesthetic and maintenance perspective.

Interferes with the effectiveness of soap and detergents

If you remember from the fuzzy days of basic chemistry classes, ions are atoms or groups of atoms that have an uneven amount of electrons, making them relatively reactive. The spunky metallic ions in hard water often bind with various components in soap, impeding its foaming action and rendering it largely ineffective at removing soil or bacteria. What’s more, this binding reaction forms a precipitate that remains long after you have completed your scrubbing and rinsed the soap bubbles away. This lovely byproduct is what we might call “gross gray scum.” Clothes laundered in it can be stiff and dishes spotty. Because you must use more soap and detergent to clean anything remotely well in hard water, there are also environmental concerns about the contamination brought on by such excessive use of harsh cleaning products (2).

Can be destructive to plumbing

Put simply, mineral deposits can begin to stick to the surfaces of pipes causing a build up known as scale. This generally occurs when hot water is heated and in small quantities this is harmless. However, over time this insoluble material, otherwise known as scale, can accumulate and coat pipes as well as the insides of appliances such that water flow is restricted and function declines. Thus repairs must be made more frequently and efforts to prevent clogging more closely monitored (3).

Deposits also frequently develop in hot water heaters, creating a coating that impedes heat transfer to the water. This insulating effect can be problematic because the water is not heated as easily, and more energy is required to do the job. This inefficiency can add up, creating significant waste and causing a significant increase in energy bills. Scale can also develop on dishware, pots and pans- making heating things evenly on the stove more difficult (3).

Because of these issues, some people opt for systems that remove hard ions from their water, resulting in a more smooth and gentle water. Conventionally, this is done through mechanisms known as salt-based water softeners, which exchange hard calcium (Ca+) and magnesium (Mg+) ions with “soft” sodium ions. This is done by filtering water through a chamber that contains a bed of resin or plastic (polymer) beads, which have been saturated with sodium (Na+), or on occasion potassium (K+). As the water passes through, the Ca+ and Mg+ ions essentially stick to the beads, while Na+ or K+ ions are simultaneously released into the water. However, just as there are problems with hard water, there are also issues with these water softeners.

Having minerals in your water is not necessarily a bad thing. After all, people pay lots of money to sip effervescent Italian mineral waters from green glass bottles. Minerals not only grant water with certain characteristic tastes, but they also supply a notable amount of health benefits. Interestingly, certain studies have found that people receive anywhere from 5-20% of their daily calcium and magnesium intake from the water they drink (1). While this may seem like a nominal contribution, in an era of rampant magnesium deficiency and generalized mineral imbalance, completely eliminating this source may not be desirable.

Several large-scale studies have reported that hard-water has an inverse association with cardiovascular disease. While it seems promising that hard water may be helpful in reducing risk for heart disease (likely because of the magnesium content), no distinct causal relationship has been formed and other small studies have found varying results on the matter (1, 4). Although more research needs to be done, it follows basic logic that removing any natural sources of minerals in our often nutrient-bereft diets would be detrimental to health outcomes overall. The following paragraph fromNourishing Traditions, articulates this point perfectly:

"The evidence points to hard water, which is water rich in mineral ions, as being of great value in promoting overall health. Several studies have shown that the rate of coronary heart disease is lower in localities where hard water is available. Areas of the world noted for longevity of local inhabitants – notably the Caucasus, Hunzaland and Vilcabamba in South America – are all watered by richly mineralized runoff from grinding action of high mountain glaciers."

Traditional water softening systems discharge a significant amount of sodium and corrosive salt brine into municipal sewer lines, making it far more difficult for sanitation departments to clean and recycle the water. In areas where there is a lot of agriculture requiring irrigation, this is particularly problematic. States like California and Texas, along with others, have even passed legislation banning these systems, with more than 25 communities in the state of California having already banned or greatly restricted the use of these water softeners. In addition, many traditional softeners use a backwashing filtration pattern, which can result in wasting thousands of gallons of water per year.

It is up for debate as to whether or not the amount of sodium (or possibly potassium) released into conventionally softened water is hazardous to health. Some experts caution against it, while others reply that there is not a large enough quantity to cause any real issue. Oddly enough, most do agree that you should avoid watering your lawn and plants with softened water due to the harsh sodium content. Also, while people seem to generally enjoy the smooth feel of softened water for bathing, others find that it can be undesirably slimy and difficult to rinse- a quality that is difficult to control.

Where do you go from here?

When it comes to the questions of water softeners, it is clear that treatment options come with their own pros and cons. Arguments can be made on either side, but what it truly comes down to is that the decision on how to filter, purify or otherwise treat water is largely personal. It is important to be an informed consumer and to weigh your various options as water systems are crucial to the health of your family and can also be a significant investment.

1. Know What is In Your Water

As always, it is first most beneficial to know precisely what is in your water so that you can move forward with the greatest degree of knowledge and deduce the most effective methods for your living situation. If you are on municipal water, there should be regular district reports that may disclose the degree of hardness and other facts about your water. Be aware that many communities do not report on water hardness, as it is not an EPA requirement. You can test your water independently using awater testing kit.

Based on this testing data you have to decide on what your personal goals are for your household water. Is your primary goal to have healthy water everywhere in your home, to decrease the burden on your plumbing, to remove toxins in drinking water? There is no right or wrong answer here- everyone has different objectives, budgets, family size, and living situations.

3. Decide on a Solution

If among these goals you determine that you need to take some measures to soften your water, one solution is a water softener. However, other technologies exist, such asNo-Scale Water Conditionersthat can help to reduce the risk of build-up in plumbing without resorting to a sodium or potassium based ion exchange system (a water softener). Please note that a water conditioner does not soften your water. Both water softeners and conditioners can be used in concert with aWhole House Water Filtration Systemto supply clean, fresh, balanced water throughout your home. Conversely, if you already have an ion exchange water softener or think that installing one may be the right choice at this time, be sure to consider products such asAnderson's Mineral Dropsthat can be added into the water to give you properly balanced and remineralized water.

Get special deals and promotions